No Theocracy in Islam 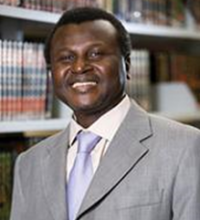 The extensive interest in Islam recently in the world, has occasionally caused confusion as a result of ignorance and misinformation. Distortions of the teachings of Islam through myopic lenses have resulted from negative passions. Therefore, the task of understanding Islam as lived and viewed traditionally across time and space has become ever difficult and complex. Islam is a divinely revealed religion whose roots are anchored in the Qur’an, the Sunnah representing an uninterrupted period of fourteen hundred years of sacred religious history. I must emphasise at the outset that Islam is not politics and cannot be reduced to the sphere of politics. On the contrary, it is a religion, theology and a comprehensive way of life. Indeed, Islam has laid down foundations and principles of good conduct and good governance in light of mutual consultation, equity, fairness and humane ideals of compassion, fraternity and forgiveness. Islam does not and has not condoned any form of theocratic political system. Politics is an art of the possible and compromises in governing the affairs of the people. When the Prophet of Islam moved to Medina, he did not impose on the citizenry a religious dogma. Rather, he developed a constitution (sahifat al-Madinah) that guaranteed the rights and obligations of all the residents of Medina without fear or favour. In fact the Qur’an has given the people of the Book (ahal al-Kitab) to either have their own arbitration or seek it from the Prophet. I am tempted to say that the Constitution of Medina was a pluralistic civic document and not a religious document. What the document did though was to organise the communal and religious relations on the notion of citizenship. Citizenship is emphasised in the sense that all people of Medina were equal and none could be discriminated against on the basis of their religion, race or ethnicity. The question of citizenship is often followed by the considerations of civic engagement by the Muslims. It is interesting to note that the Prophet had to assign some of his companions to in fact arbiter in resolving conflicts at individual and communal levels. The Prophet would accept the arbitration even if he was himself a party to that arbitration and the arbitration went against him. This is indicative of the beginnings of separation of powers at early Islam. This means that jurists (scholars of Islamic law) started to develop their own independent identity from the executive powers of the state. Although the constitution can be civic, that does not mean that the foundations of the law or polity is not influenced by a religious teaching. It will not be entirely wrong to say that there are political parties even in the Western hemisphere that have religious leanings. In essence, theocracy has no place in Islam. Nobody can represent God on earth. Islamic teachings are reflective of the fact that the political process is complex and needs human rationalisation in order to organise the affairs of the people in the best manner. We need to construct new synthesis of the relationship between politics and religion. Finally, I must underline that Islam is a religion par excellence although it has outlined principles of equity, fairness and good governance. I am yet to see any verse in the Qur’an or a saying of the Prophet that subscribes to the idea of a theocratic form of governance. It is reported in many Prophetic sayings that he was the one that most consulted his companions on the public affairs. That means he consulted his companions before taking any decision.