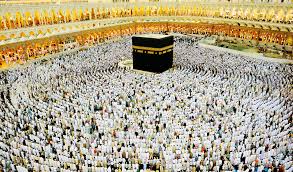 It is pertinent while we are still in the month of Hajj (Dhul Hijjah) to draw lessons that embody the historic farewell sermon of the Prophet on the 9th of Dhul Hijjah on mountain Arafat in the holy city of Mecca.

One of the greatest benefits of hajj is not the going around the Scared House of Al-kaabah (Tawaf) or walking between the two mountains of Marwa and Safwa (say) or even sacrificing a ram, but what Allah wants from us is piety. This is referred in the hajj chapter as (taqwa). Taqwa is the primordial ethical value in the Qur’an from which other ethical values emanate. Taqa means being conscious of the ever presence of the Majesty of Allah. This gives you the incentive to have a sense of justice, humility and compassion as you know fully that if people do not see you, your Lord the Most Knowing and the Most Hearing sees and hears you wherever you are. Taqwa is an internal constraint that makes us do good and makes us refrain from vices in any shape or form. Allah says: “Their meat will not reach Allah, nor will their blood, but what reaches Him is piety from you. Thus have We subjected them to you that you may glorify Allah for that [to] which He has guided you; and give good tidings to the doers of good.” (Hajj 22:38).

Hajj in its entirety symbolises an annual conference of Muslims gathering wearing one uniform of Ihram and gathering in one place at the same time. With humility and simplicity, all seek the forgiveness and compassion of their Lord. (Allahummah labbyik) testifying His Majesty and Oneness and soliciting His forgiveness and compassion. It is a conference that demonstrates the unity of human race regardless of their linguistic, racial, regional and ethnic differences. It is equality of humanity despite difference in their economic and political statuses all standing on Mountain Arafah with that one- uniformed two piece clothing visualising death, resurrection and then accountability before our Lord.

Hajj indeed teaches patience, real brotherhood and sisterhood that humanity is of a single parentage before which collapse all forms of superiority on the basis of colour, race or status. It is peace with Noels and the entire creation for the promotion of peace, love, compassion and universal ethical values. It is a place where we learn discipline in all its manifestations. It is place to learn to love and forgive. It is place above all to seek the pleasure of Allah and repentance. It is a place to learn to reform to be a better human being. It is a place to purify ourselves from all forms of ailments and diseases internal or external. It is a spiritual journey to seek the Countenance of our Lord.

Indeed on the farewell day the Prophet of Islam sent powerful messages that are universal and shared across cultures and religions. He reminded the pilgrims that they are all from Prophet Adam and Adam was from clay. He also reminded them of the sanctity of human life, property and family as the sanctity of Mecca and the day of Arafat. He emphatically stated that human life, property and family are inviolable- that is nobody can encroach on human live. In essence he outlined the sovereignty of human rights and dignity. Finally, hajj is a call for repentance to our Creator, self-purification and demolition of all forms of servitude to humankind to the servitude to the Creator of the creation. It is emancipation from egoism to altruism and complete submission to the Creator.

Our Lord accept our deeds and forgive our sins. We ask Him to make the hajj of our brothers and sisters hajjann mabroora. Eid Muabark!